Yesterday, on August 25, 2014, almost 11 full months after I wrote this, I came across it again. I am not sure how I came across this poem, as it was deeply buried in a filing system that even I cannot understand. However, I found it, and thought it perfect for posting to The Choices We Make blog. Perfect, because in it I see my frustration with Abandonment, Alcoholism, Liver Disease, and Financial Stress – all of which are themes of this blog. 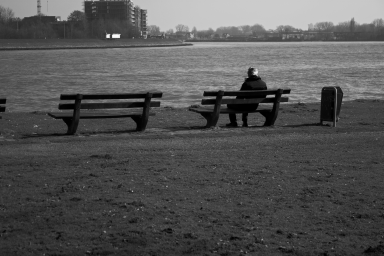 What does life have in store?

away from home
family suffers
come on back, no more roam

alcohol, drink it up
hospital bound, don’t give a frump pup

time to quit
heads up, time to admit

now you’ve done it
ruined your life, and all in it

waiting to die, while on the list
your own damn fault, and we’re all pissed

list is crazy, catch 22
MELD to low, your times up too

I wrote this on October 9, 2013, while sitting in the hospital with my wife, who had already been hospitalized 9 times that year. Little did I know at that time, her 12th hospitalization would come in December. Even less did I know that she would not come home from her December hospitalization, until 1 week after her transplant on February 4. Feeling pretty low then, who would have guessed her fate brought her back home again?

But back in that dingy hospital room, full of bed pans and throw up pans, I was getting pretty tired of all the hospitalizations, and other things directly resultant from those hospitalizations. For example, since she originally came home in June of 2011, we had been paying $3,000 a month for 2 really great ladies to be with Vicki, so that I could work. Her illness’s which she directly caused were getting very old.

On that Wednesday, I was feeling pretty low and in despair. While sitting in the alcove in one of those very uncomfortable vinyl clad chairs, I began to write. I turned to poetry, to help ease my mind, which I had never done or since. I have never understood poetry, but for some reason, this was the right time, I was in the right place, and my mind churned out the “Now you’ve Done It”.

Interestingly enough, after reviewing this poem for the first time in a nearly a year, I only made two word changes. Two words, which I believe do not change the meaning of the poem, but rhyme better. Those two words, are lined through above in the the first stanza – 2nd and 7th line.

Substituting hiccup for disrupt, while not meaning the exact same thing, both do represent disruptions in something. And substituting pup for frump adds a better rhyming word (and hides the thought going through my mind better;-).

Since this is my first attempt at poetry, and a clear view into my frustration, I would appreciate any and all feedback. Up until this time, I have tried to poor my heart out in my writings, but feel that it is still guarded to some extent. This poem however, comes from dark places I don’t see too often, and hope that it helps you as much as it has I.

What words would you have used?

Would you have chosen different words to rhyme?

Does rhyming even matter?

We Are, The Choices We Make

← MELD scores and Liver Transplants
Three Things I am Grateful For →

3 comments for “Now you’ve Done It”