Your Choices are Known Forever!

I hesitate to comment on the recent story of Ray Rice, because just commenting could put me into a no-win situation. Nevertheless, I feel this a good opportunity to highlight the impact of The Choices we Make: An opportunity to use Rice and this incident as a teaching moment. I think we could all use a remedial course, I know I can.

If you do not know Ray Rice, he is a star running back for the Baltimore Ravens; he is also an alleged wife beater. On February 15th 2014, Rice was filmed pulling his unconscious wife from an elevator in Atlantic City. For reasons which I cannot fathom, no charges were filed against Rice. The NFL did investigate and Rice has been suspended for 2 regular season games this year. Since then, all hell seems to have broken loose in the media, mostly condemning the NFL for its actions (not being harsh enough), and anyone else who supports Rice.

While I am sure I could find thousands of words to express my feelings on this topic, I would rather look at the consequences of Rice’s actions, to highlight the importance of The Choices we Make. In one quick moment, Rice allegedly struck his wife, landing her unconscious and no matter what he does now, the world, those around him, his family and he will now never forget this one single choice he made. It will impact him and their relationships until they are gone. 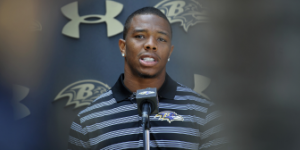 Today, July 31, 2014, Rice held a press conference to talk about this incident. In this talk, his opening words seem to sum up the situation: “I’ve made the biggest mistake of my life”. He went on to say “I take full responsibility for my actions. My wife can do no wrong. What happened that night should have never happened.”

The problem with these statements is that even though he takes full responsibility, there is nothing he can do to stop the pain and hurt of others, especially of his family. At least he seems to know this, as he says in the following:

“The pain I’m talking about living with is that, is waking up every day and my daughter is two years old now, I have a little girl who’s very smart, very intelligent,” Rice said. “And one day she’s gonna know the power of Google. And we have to explain that to her — what happened that night. And I know that’s not who I am as a man”.

Ray Rice may understand that The Choice he Made is not only affecting him. You can be the judge of that. Regardless, his choice is certainly affecting many others.

John Harbaugh, coach of the Ravens discussed the Rice issue as well. You might wonder about some of the praise he pours onto Rice, he did however, have some very appropriate words for all of us, as it relates to The Choices we Make. 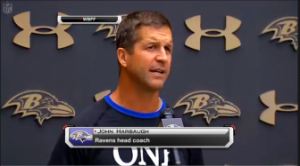 As Harbaugh says, The Choices we Make will always be evident, especially in today’s electronic and social environments. Even after the smoke clears, and time in its infinite wisdom passes by, we will always remember The Choices we Make. We, who made the choice, will never get over that choice, it will haunt us, it will affect the way we live our life, and it will affect future decisions, and will sometimes paralyze us from making future choices. Beyond ourselves, These Choices we Make, especially significant ones like that which Rice made, will also influence our relationships with those affected. They too will never forget. Even if they have forgiven, they will never trust the same way. They will always think twice before again putting themselves into a similar situation.

The effect choices have on others is the importance of The Choices we Make.

← An unforeseen consequence
Tossin and Turnin →

3 comments for “Your Choices are Known Forever!”