Shaken To The Core

Today I find myself shaken to the core.

After speaking with a friend, I have found out that three boys were expelled from their high school, because of some shenanigans amongst a group of them. It seems that horseplay degraded into a bit more. What started with “wet willies” and tickling ended with one of them pretending to shove a remote into the others back end. 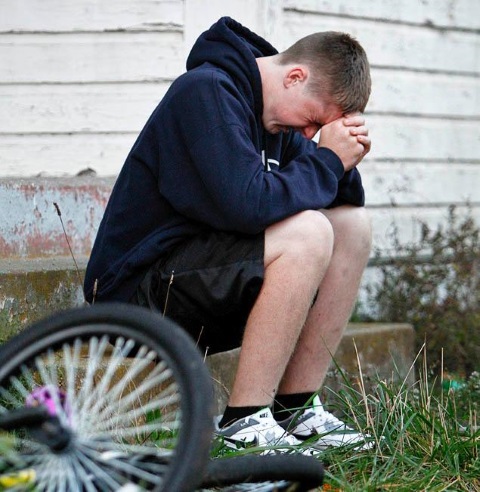 Boy shaken over bad choices made

Even though it started with adolescent hijinks, it has now completely devastated three boys, and their families. All three boys were expelled from school, and that expulsion will be on their permanent record, as they hope to go onto college and lead future lives.

Although neither victim claims emotional harm, nonetheless, that eerie feeling of what really happened will always be on those parents minds. In addition, those young victims could be haunted by this experience, not only from going through it, but also because others may now look at them or treat them differently.

I am shaken to the core in this case, because I think how easily my own children could have been involved. How many times have they played hard with friends? How may times is one hurt emotionally or physically because of innocent roughhouse or kids’ games? How easy it is for our own children to be embroiled in an unintentional act, but which has now grown out of proportion to the act itself?

I am shaken to the core because I knew some of these kids. Because my kids know them and have played to them. Because now I will have to counsel my kids on the difference between roughhouse and too far (I don’t even know where the line is sometimes). Because my kids will likely hear different sides of the story, and may choose to listen to one side over another. Because in today’s society, just knowing someone could judge them as guilty even if they were not there when I happened.

We are The Choices We Make

← What Questions Do You Ask Yourself When Pondering Life Decisions?
Your best self is waiting to be unleashed →